Ball Speed
Launch speed of the golf ball. Ball speed has the biggest effect on carrying distance. Centeredness of impact and an increase in club speed will ensure a higher ball speed. 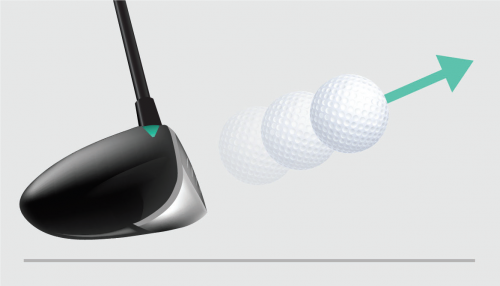 Vertical Launch Angle
The angle at which the golf ball is launched relative to the horizon of the radar. Launch angle will influence the shot height and is mostly determined by the dynamic loft and angle of attack. 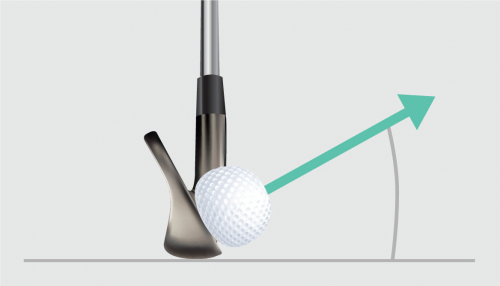 Horizontal Launch Angle
The direction in which the golf ball gets launched relative to the radar’s target line. Club face angle will have the biggest effect on the horizontal launch angle of the ball. 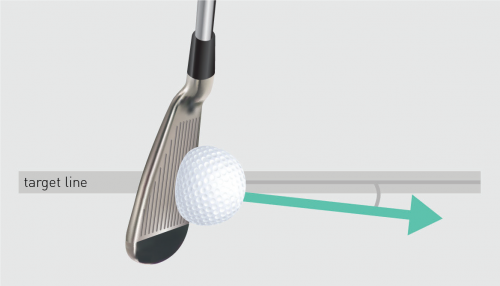 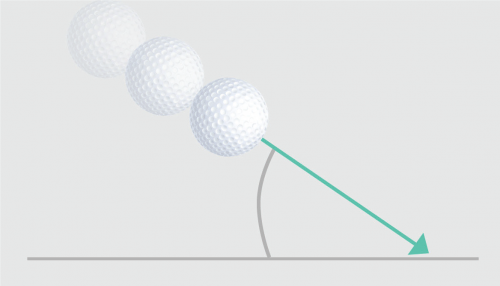 Smash Factor
Ball Speed / Club Speed
The energy transfer ratio from club to ball as a result of impact position on the club face. The centered impact will improve smash factor for optimal ball speeds. 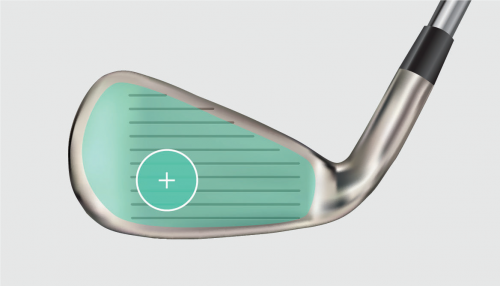 Spin Rate
A number of rotations per minute of the ball at launch. A higher spin loft and higher friction will increase the spin rate of the ball. 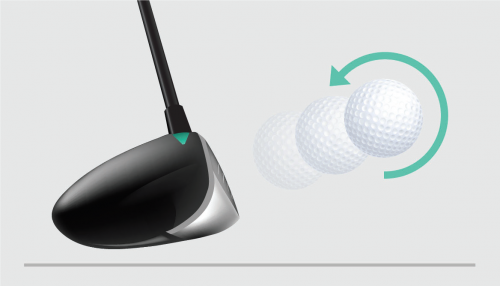 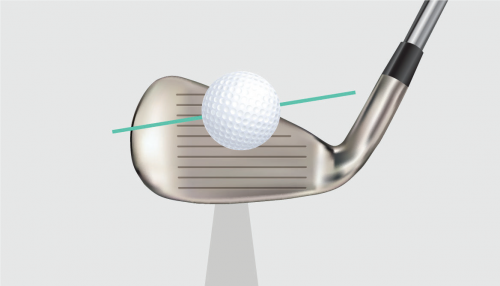 Carry Distance
Landing distance of the ball from the tee. Ball speed, spin rate, spin axis, and vertical launch angle are all factors that will determine the carry distance. 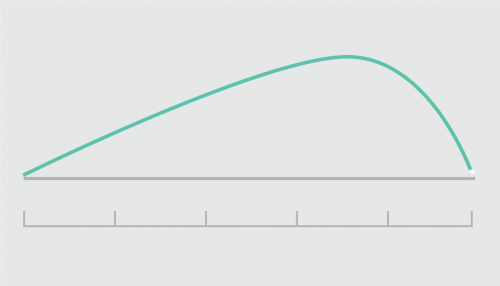 Roll Distance
Amount of roll from carrying distance to the final position of the ball. Lower spin rate and lower effective angle of descent will increase the amount of roll on the surface. 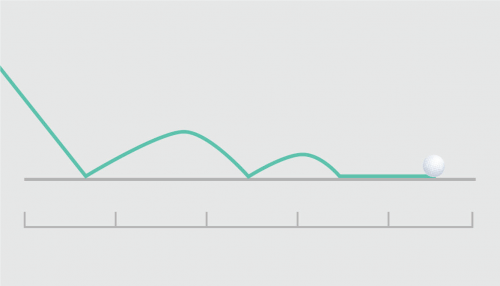 Total Distance
The final position of the ball on the ground from the tee. 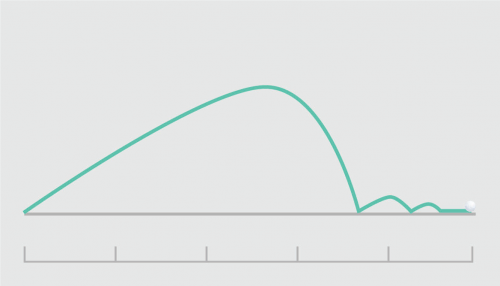 Lateral Landing
The distance of the ball’s impact point measured perpendicular to the target line. 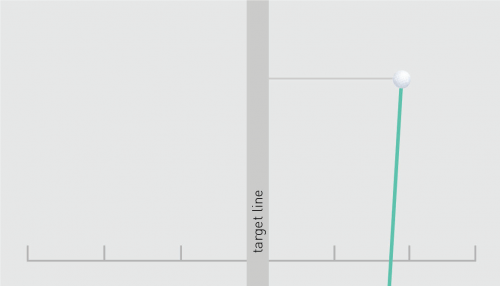 Apex Height
The maximum height of the ball trajectory. 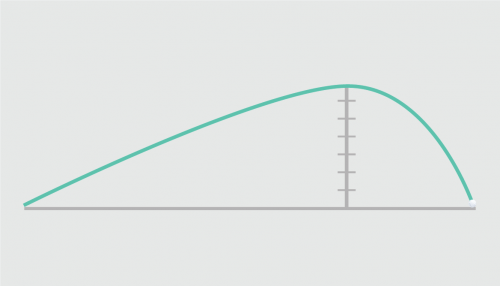 Flight Time
Amount of time the ball spends in the air from the time of club impact to initial ground impact, measured in seconds. 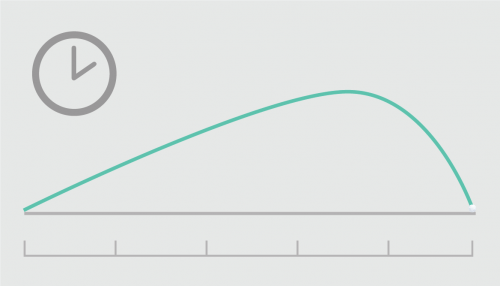 Shot Dispersion
Grouping of the landing positions of shots with the selected club showing forward and lateral deviation of that cluster of shots. 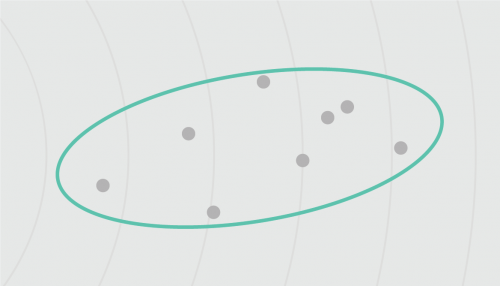 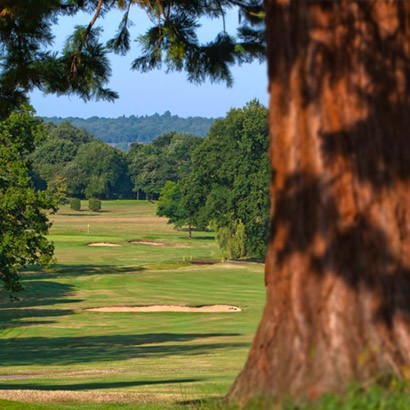 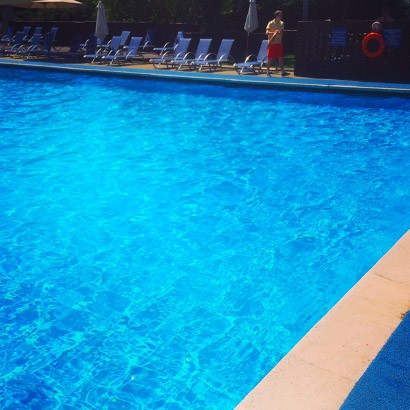 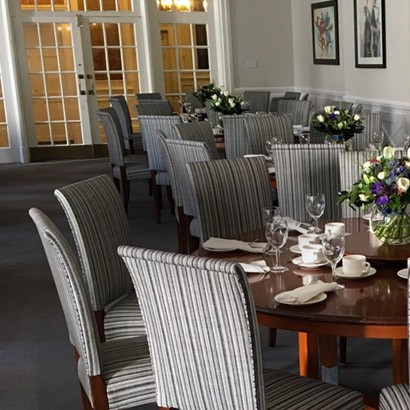